BHD Researcher Interview: Dr Justin Roth is a Researcher at the University of Alabama at Birmingham. 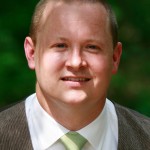 organized by Professor Terry Cook and the Myrovlytis Trust in August, 2008.  The focus of the conference was to discuss various gene delivery systems and to conceptualize potential gene therapy approaches for BHD.  I had previously been working towards improved gene delivery to the lungs, so the conference sparked my interest in renal physiology and how our lung-targeting strategies could be reconfigured to improve gene transfer to the kidneys.

We are trying to identify peptides that effectively circulate through the blood stream and localize in the kidneys.  We hope to then engineer these peptides into cell- or virus-based gene delivery vehicles to improve the specificity of renal gene transfer.

I’m most interested in the recent expression profiling studies by Hong et al. and Klomp et al., which described key genes/pathways that are differentially expressed based on the presence or absence of folliculin.  Surface proteins that are upregulated in response to loss of folliculin activity should provide a means to distinguish between diseased and normal cells, and may be ideal targets for therapeutic delivery strategies.

I really like the PNAS paper by Hasumi et al. Particularly, the way in which their BHD mouse model recapitulates the human disease.

I believe the folliculin signalling pathway will be fully elucidated, and this will provide many new targets for therapeutic intervention of BHD.

My favourite book is “The Hitchhiker’s Guide to the Galaxy” by Douglas Adams.  I just hope the answer to my scientific endeavours isn’t “42.”  At the moment, my favourite film is “The Shawshank Redemption”, and I mostly listen to country music.

Believe it or not, I’ve always wanted to be a scientist.  I just waffled back and forth between that and being an artist.  I guess you never hear about starving scientists, so that may have been the deciding factor.

Hopefully, I’ll have my own lab and a small army of brilliant young minds to do my bidding.

Yes, I really admire Leonardo da Vinci, since he was both a brilliant scientist and an accomplished artist.

1. When did you first get diagnosed?

I was diagnosed by biopsy of a fibrofolliculoma in 2004.  Officially diagnosed by genetic test in May of 2007.

In 2004 the diagnosis of my paternal uncle by genetic test with BHD.  He was tested through his dermatologist.  A CT of the abdomen confirmed he had kidney cancer.  I had a history of parotid tumors and the tell-tale lesions on my face. So I went to my dermatologist for the biopsy of one of the lesions. I then had an abdominal CT which did not show any tumors at that time.

I feel like there is the possibility that the parotid tumors that I’ve had may be connected.  I’ve had pleomorphic adenomas on the left side surgically removed in 1994 & 1996, and a right superficial parotidectomy on the right in 2004 for multiple oncocytomas (benign). An article on BHD that I read listed parotid tumors as a possible associated condition.

Yes, and at my urging, 3 of my sisters and 1 brother have all been tested at NCI.  Two of my sisters and my brother tested positive for BHD.  Both sisters have kidney lesions and are followed at NIH/NCI.  My brother and I, although testing positive for BHD, do not have kidney involvement at this time.  We are supposed to have annual scans at home and should they ever find lesions we have been instructed to call NIH/NCI for follow up with them.  At this time I have elected to only get kidney scans every other year. I have one brother that has not been tested.  He doesn’t appear to have any lesions. So 4 out of the 6 of us have the mutated gene. My father, who would have been the carrier of the gene mutation, died of non-Hodgkin’s lymphoma in Oct, 1996 at 68 yrs of age, before we learned of BHD.

Also, one of my four children has been tested and tested positive for BHD.  Although she hasn’t had a confirmed pneumothorax, she’s had an episode of severe pain in her chest and was seen in the ER, which we believe were probably ruptured lung cysts.  She also was tested at NIH/NCI.  She has a few facial lesions and lung cysts, but thankfully her kidneys were clear.

I also lost a daughter to a brain stem stroke at the age of 25.  She had a couple episodes of chest pain that sent her to the ER in the 2 years prior to her death in Oct, 2004.  We didn’t know much about BHD then, having just first heard of it in March, 2004.  So I’m not sure if these episodes were due to lung cysts or blood clots.

5. Where did you go for more information on BHD Syndrome?

Several web sites, but I mainly got my information from NIH/NCI.

6. Has it affected you as a parent? E.g. telling your children, starting a family, genetic counselling.

The hard part for me as a parent is how far to push my other two children to be tested.  Knowing if the test is positive, it will mean a life time of follow up and [worrying] what impact will that have on their ability to get health insurance.

7. What are your current symptoms?

Currently I only have some facial lesions, but not a lot.

8. What treatment are you having, and have you had?

No treatment has been needed up to this point.

Since I don’t have any kidney involvement yet, the Dr that sees me annually for my parotid tumors orders my kidney scans.  He is at St Louis Univ Hospital and Clinics.

10. Do you have advice for people living with the BHD?

Try to find a balance between being vigilant about checking [your] kidneys and just going on with life.  At first I think we have a tendency to obsess about it.  After a while it will settle down.

11. What has been your experience of the healthcare system and healthcare professionals?

I have found that all the doctors I have seen, except for those at NIH/NCI, have never heard of BHD, but seem interested to learn more.

12. Has BHD had any health insurance implications for you?

So far my insurance has paid for my scans, but I am concerned that I will hit a point where they won’t want to cover them without a kidney diagnosis.

13. What advice would you give to someone who has just been diagnosed with BHD?

Read the information on this site and on the National Institute of Health site. My experience is that it is very manageable.