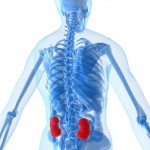 In a partial nephrectomy, just tumours and any nearby kidney tissue is removed, leaving as much healthy kidney tissue as possible intact. For BHD patients, this is the preferred treatment compared with removing a whole kidney. Your surgeon will decide whether this is an option in your case.

Sometimes, depending on the size of your tumours, how many you have and where they are, you may need to have your whole kidney removed. If your surgeon plans to do a radical nephrectomy, it is very important you tell him that you have BHD and you may get tumours in the other kidney at a later date.

Nephrectomies can be performed as an open surgery, or by keyhole surgery (laparoscopy) where the surgeon only makes a few small incisions and uses specialist instruments and a small camera inserted through the incisions to operate. Recovery times are generally much shorter following keyhole surgery, and there is usually less pain, bleeding and scarring. Some surgeons use robotic equipment to improve the precision of laparoscopic partial nephrectomies.

However, BHD experts do not recommend ablation for BHD patients with kidney tumours (1). Ablation techniques are best suited to patients with a single, small tumour. As BHD patients often have more than one tumour, the ablation surgery required would be very extensive, making partial nephrectomy a better option. Additionally, ablation can make it difficult to treat any tumours that may grow in that kidney later.

It is possible that the kidney cancer becomes so extensive that it causes kidney failure, meaning a patient requires a kidney transplant or dialysis.

There is a very long kidney transplant waiting list in many parts of the world and transplants using organs from compatible family members or friends are possible. However, if your family member also has BHD, they would not be a suitable donor as the transplanted kidney may develop tumours, and the donor may also develop cancer in their remaining kidney.

There are also a few reports of people with Birt-Hogg-Dubé syndrome who are on dialysis (2).