The protein sequence of the canonical FLCN isoform is as follows:

Nahorski et al. (2011) performed in silico evolutionary analysis on the FLCN gene and found that FLCN was under strong purifying selection, meaning that the sequence evolved more slowly at the protein level than the average gene, in particular between codons 100-230, suggesting an important function for this N-terminal region. 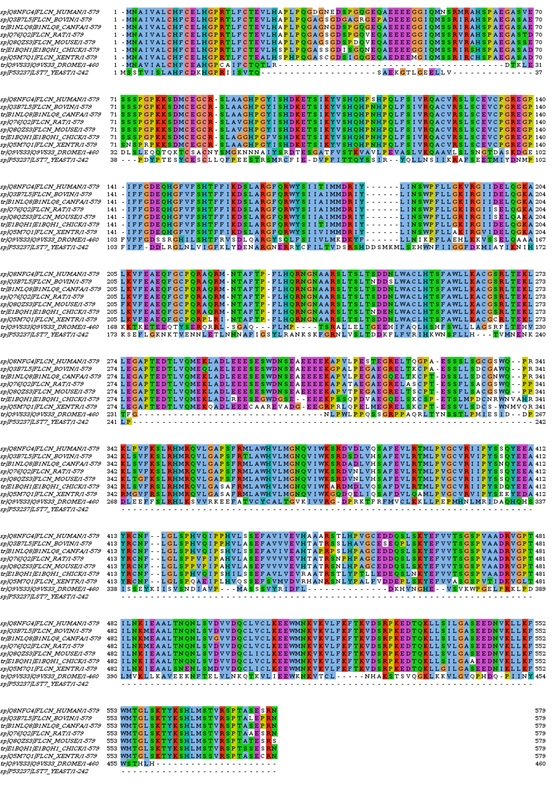