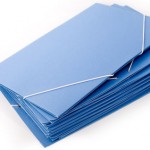 What is Genetic Discrimination?

As stated in the Genetic Information Non-discrimination Act (GINA) of 2008, Genetic discrimination is when a person is treated unfairly because they have a genetic mutation that increases their chances of developing a disease. This includes employers firing an employee or health insurance companies raising premiums or refusing to provide coverage because the person has a mutation.

This page currently lists sources on genetic information for Australia, Canada, the European Union, the United Kingdom and the United States.

In 2008, the EU published a general mandate prohibiting genetic discrimination in member states, the Additional Protocol to the Convention on Human Rights and Biomedicine, concerning Genetic Testing for Health Purposes. In the mandate it states that “The member States of the Council of Europe… reaffirm the fundamental principle of respect for human dignity and the prohibition of all forms of discrimination, in particular those based on genetic characteristics.”

There is currently no UK-specific anti-genetic discrimination legislation. However, there is an agreement between the government and the Association of British Insurers, which prevents insurers from asking customers certain questions about their genetic information.