The signalling diagram has been updated to include the following recent research papers:

Since the Myrovlytis Trust was founded in 2007, there has been growing momentum in the field of BHD research, which is nicely demonstrated in how the signalling diagram has evolved in that time.

The first version of the signalling diagram was posted in March 2011, to coincide with the launch of BHDSyndrome.org. This diagram showed how FLCN slots neatly in to a signalling pathway that includes other genes known to be mutated in kidney cancer, but at this stage there was relatively little known about the functions of FLCN itself. 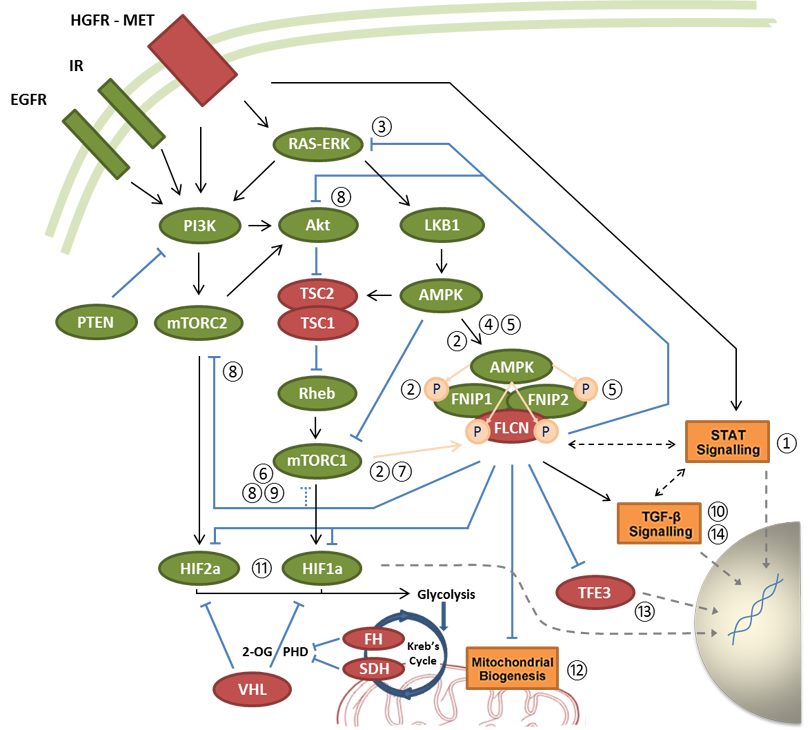 The second version of the signalling diagram was posted a year later in April 2012, adding six new studies to the pathway. In that year, more had been discovered about FLCN’s role in mTOR signalling, and a role for FLCN and its interacting partner FNIP2 in programmed cell death was added to the diagram. The biggest change between versions 1 and 2 of the diagram however, was the increase in information regarding the post-translational modifications of FLCN and its interacting partners. And thus, the first pop-up box was added to display these post-transciptional modifications seperately. 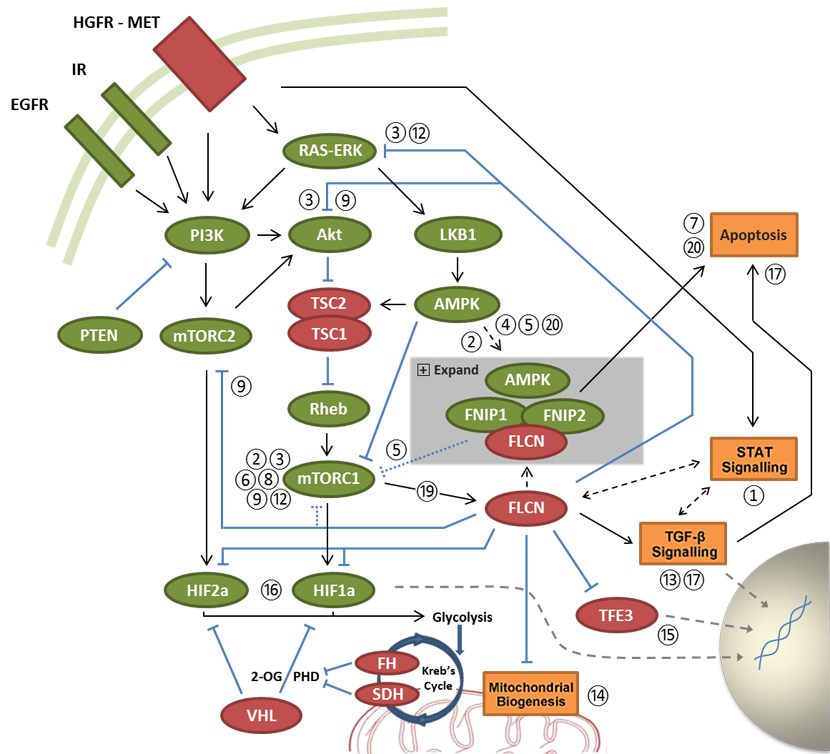 The third version of the signalling diagram was published just nine months later in January 2013, incorporating data from a further 15 studies. In those months, a number of hitherto unknown roles for FLCN were reported and the structure of the C-terminus of FLCN was published in August 2012. Additionally, the discovery of several new interacting partners of FLCN necessitated the addition of a second pop-up box to show the structure of FLCN and its interactome. The number of additional proteins and pathways on the diagram made it very busy, and thus all proteins not directly interacting with FLCN were faded out. This allowed the focus of the diagram to be on FLCN and its function, while still retaining the contextual information of FLCN’s position within the “kidney cancer pathway” that formed the core of the original signalling diagram. 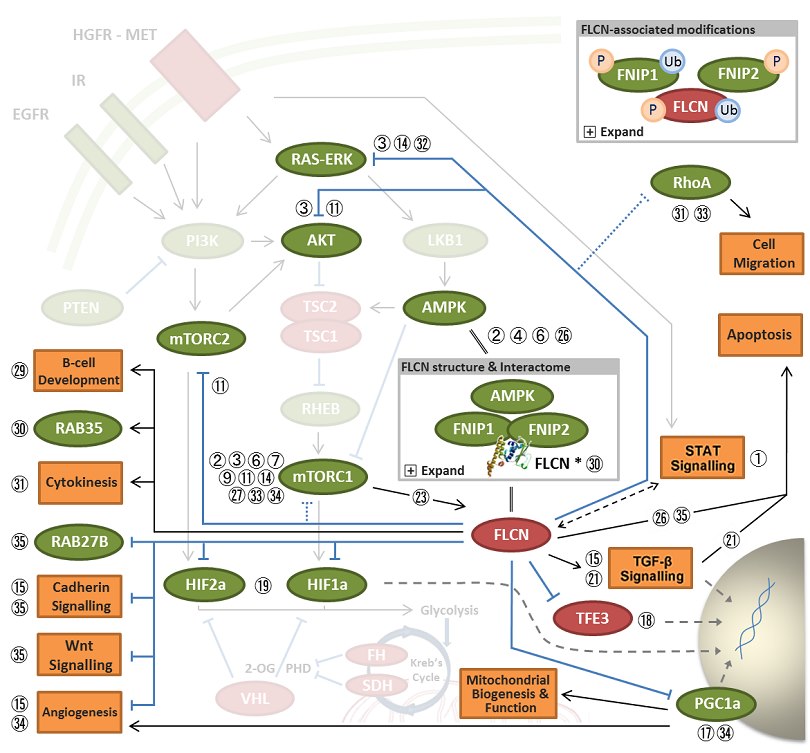 This month’s update, version 4, incorporates data from the seven new studies listed above. When the diagram was first published in March 2011 it referenced 14 studies, whilst the current version references 42 and soon it will not be possible to fit new information into the diagram in its current form, meaning that a redesign of the diagram will be required. It is greatly encouraging that the amount of BHD research is clearly increasing in pace and volume to make this re-design necessary; increased knowledge about FLCN’s function will provide insights into how FLCN mutations cause BHD Syndrome, and this will hopefully lead to the development of a cure. 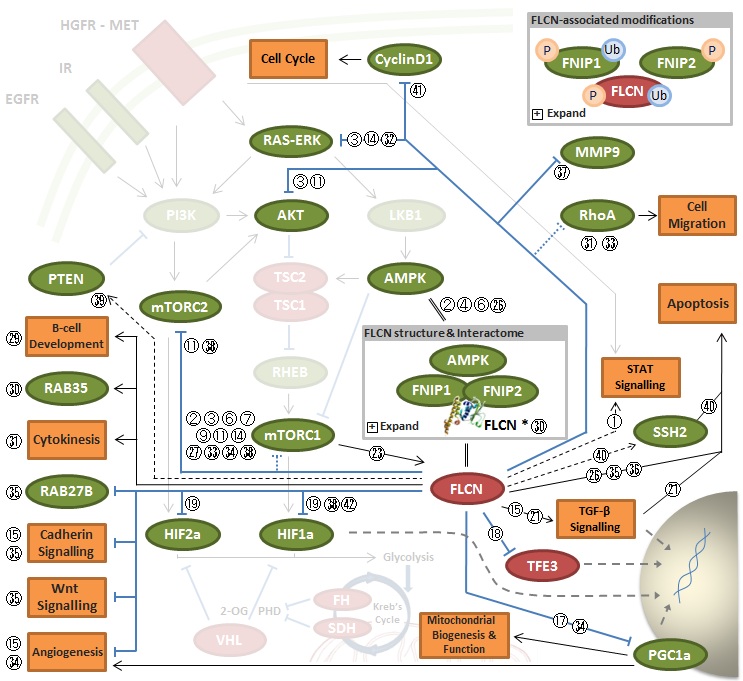